News / A win for Caleb in the Tour de L’avenir 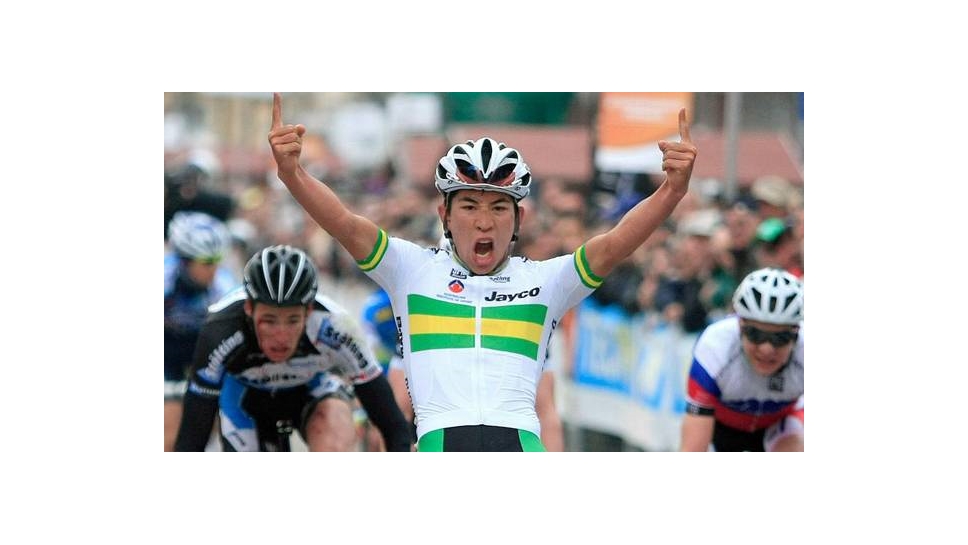 Caleb clocked a time of 3 hours 36 minutes and 13 seconds, for 142.6 kms taking out the second stage between the French towns of Saint Galmier and Brioude. He is now one of Australia’s big hopes for the September 26 men’s Under 23 world road race.

After some good teamwork in the final kilometre, Caleb arrived at the front of the team, well positioned to kick. Indeed he did and brought out his skills to break the field. The initial backlash was enough to defeat the 14 runners who also sought after a victory, including the Danish Magnus Nielsen who was the next best positioned contender but could not handle the power of the young Aussie.

At 20, Caleb is showing immense ability and maturity to finish off these stages. He was explosive and forceful, he knew when to save his strength for the right moment and the right place.

Caleb tweeted showing his gratitude towards his team:

Tour de l’Avenir stage win today! Can’t thank the guys enough for their effort! I think this photo shows how happy  I was http://instagram.com/p/sIrGCWP46O/

Tomorrow, Tuesday, the third stage will take the peloton through Montrond-les-Bains in Paray-le-Monial (150.7 km)