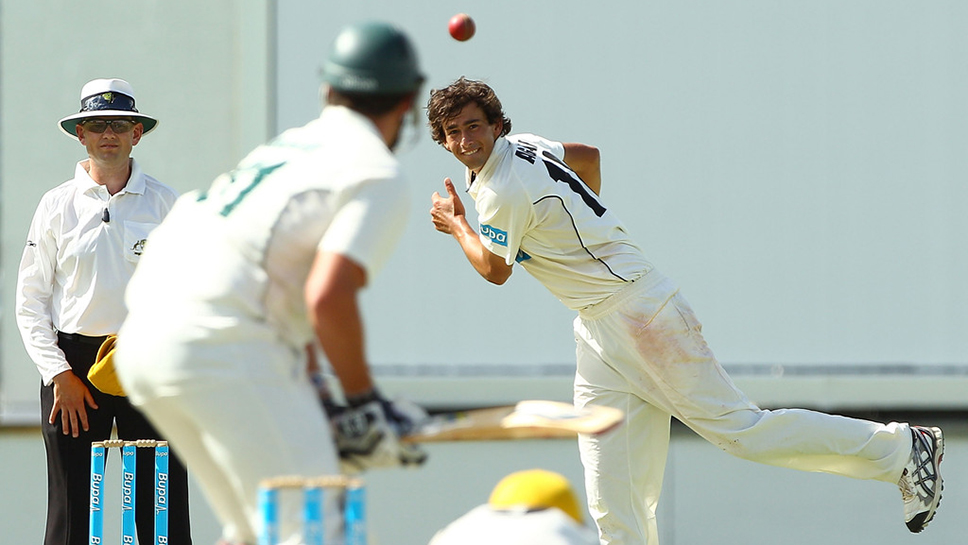 The Warriors claimed six wickets in the first session on Wednesday but still face an uphill battle after being bowled out for their ninth lowest innings total of 82 on day one.

They will however be buoyed by keeping the first innings deficit to 104 runs on a tricky Manuka Oval pitch that’s seen 20 wickets fall in four sessions.

Warriors openers Cam Bancroft and Marcus North then survived a tricky 20 minute period before lunch to leave his side at 0-7 and trailing by 97.

North then struck in his first over to dismiss Stephen O’Keefe, exposing the NSW tail.

Agar’s third wicket of the innings came in sensational fashion, Kurtis Patterson (44) slog sweeping directly into Bancroft at short leg, who somehow managed to clutch onto the ball.

The two-Test tweaker then finished off the innings with Josh Hazlewood and Doug Bollinger caught on the boundary rope.