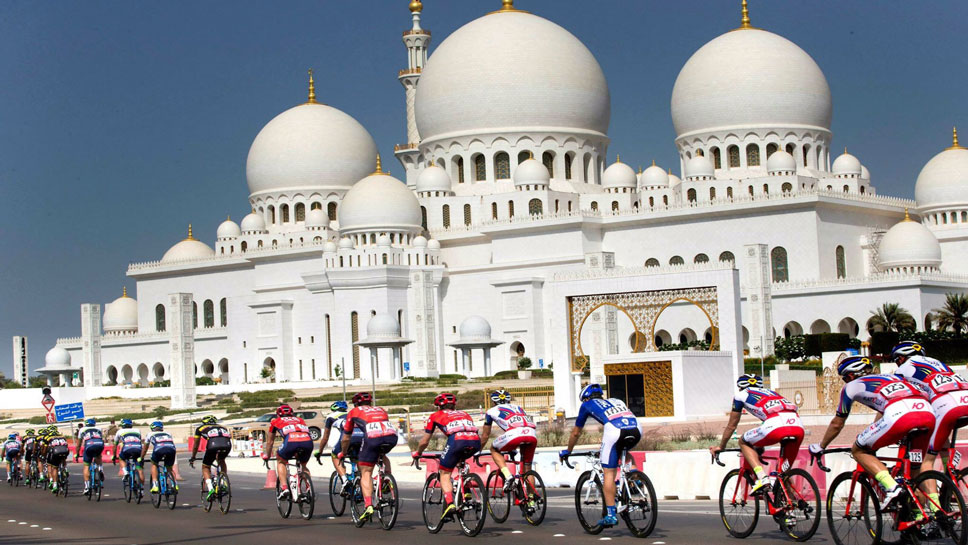 Brenton Jones recently competed at the first ever Abu Dhabi Tour, and blogs about his experience below.

The desert, heat and cycling aren’t the usual combination for your typical bike race, but that’s exactly what we encountered in the inaugural Abu Dhabi Tour.

After spending the past eight weeks in Europe, I was looking forward to a change in scenery and catching up with my Drapac teammates.

Arriving in Abu Dhabi, we were treating with some amazing 5-star hotels in the middle of the desert, and with the picturesque sand dunes littered along the horizon, the views were pretty awesome too.

With 11 World Tour teams and 4 Pro-Continental teams, the race was filled with talented teams and riders, including recently crowned world champion Peter Sagan. Fellow fast men in Viviani, Kittel & Boonen were also there, plus climbing stars like Nibali, Chavez and Aru. These guys are the BEST in the world, so what an opportunity and experience to rub shoulders with them!

On day one the temperature peaked at 47 degrees, meaning there was a constant stream of service from the team cars for fresh cold drink bottles and ice socks. Read More.