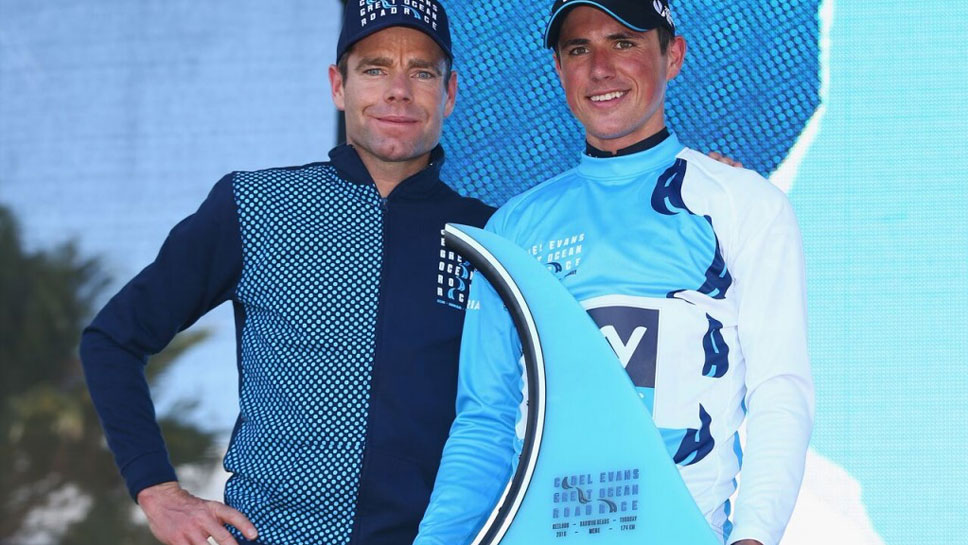 In just its third year, the 174km men’s one-day classic has reached the pinnacle of road cycling. It will now sit alongside the likes of the Tour de France and Europe’s prestigious Spring Classics on the UCI WorldTour line-up after being awarded a three year licence by world cycling’s governing body.

Minister for Tourism and Major Events, John Eren also announced the Victorian Government has extended its support for the event for the next three years, saying this is a truly significant achievement for Australian cycling and the major events landscape in Victoria.

“As more WorldTour teams descend on this spectacular part of our state and country in January 2017, the eyes of world cycling will see just how much this region has to offer.”

The 2016 event was beamed into 140 countries and has annually attracted more than 100,000 spectators. With the elevation to WorldTour status these numbers are now expected to rise.

“The Cadel Evans Great Ocean Road Race attracts visitors from all over Victoria, Australia and the world, providing big opportunities for local businesses. That’s why we’re excited to lock this event away for the next three years,” Mr Eren said.

Riders in the Cadel Evans Great Ocean Road Race will be out to join this year’s winner, dual British national champion Peter Kennaugh (Team SKY), on the honour roll.

Australia’s only Tour de France winner, Cadel Evans, said gaining a spot on the UCI WorldTour calendar was his dream for the race.

“I am absolutely delighted that our vision has been realised and Australia now has its own modern one-day classic,” Evans said. “For world cycling this means the classic season will now start in Geelong on January 29, 2017. And, our race will become a critical part of the season with teams and individuals vying for early season points in order to set up their entire year.

“To have such an important race showcase a beautiful region that feels like my ‘cycling backyard’ is something I am very proud of.” Evans and former professional cyclist Scott Sunderland designed the route, which remains unchanged from 2016.

Riders will follow one of the most spectacular courses in international cycling, starting at Geelong’s waterfront, travelling through Evans’ home town of Barwon Heads, then on to Thirteenth Beach, Torquay, Bells Beach and the rolling hills of Moriac.

The closing stages can expect to see cyclists hit almost 85km p/h as the peloton reaches Queens Park. For the Elite Men, three testing laps of the city will sap the legs before the waterfront finish line beckons.

UCI Vice President, Tracey Gaudry, said the race is a welcomed addition to the UCI calendar.

“To have the Cadel Evans Great Ocean Road Race join the UCI WorldTour in only its third year is an exceptional achievement and is fantastic for the growth of the sport in this region.

“The Cadel Evans Great Ocean Road Race is testimony to cycling’s pinnacle series being truly global, and cements Australia as one of the great locations for major cycling events outside Europe,” Ms Gaudry said.

Evans added: “While we’ll have some of the world’s best teams competing, it’s also about creating the ultimate weekend of cycling in a spectacular region that riders and fans of all ages and abilities should come and experience for themselves.”

Preluding the Elite Men’s Race will be the 113km Deakin University Elite Women’s Race on Saturday afternoon, January 28. Rio 2016 Olympians Rachel Neylan (ORICA-AIS) and Amanda Spratt (ORICA-AIS) took out the 2015 and 2016 titles respectively, and this time more than 70 of the world’s best female riders are expected to compete.

After selling out in previous years, an entry in the People’s Ride, at 7am Saturday January 28, is again tipped to be highly sought after. Entries to the People’s Ride go on sale to the general public from 9am Monday August 8, with places expected to sell quickly again in 2017.

Riders can register for the 65km or 111km courses, following the same route as the champions, and will ride alongside Cadel Evans himself.

The weekend cycling extravaganza will kick off on Friday January 27, with the GMHBA Family Ride followed by the Teams Presentations where fans have the opportunity to see the best of the best in cycling up close.

“To compete at the highest level in your home nation in front of the best sports fans in the world is as good as it gets for any athlete.”

“It’s a major achievement for the status of the Cadel Evans Great Ocean Road Race and will be a huge boost for Australian cycling more broadly.”

“Big congratulations to Cadel and all involved with the Cadel Evans Great Ocean Road Race on reaching WorldTour status.”

“The event appears to be gaining significant momentum each year and as an Aussie it’s extremely exciting to see.”