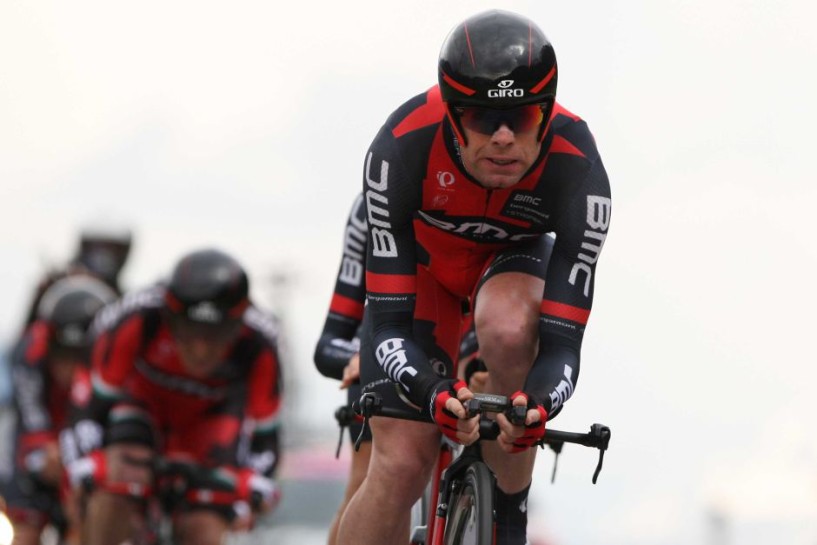 As the Giro d’italia departs the shores of Ireland, Cadel Evans and his team BMC have cause to be relatively satisfied with the first few days of the race.

The BMC team opened their Giro d’Italia campaign seven minutes adrift of Orica-GreenEDGE, who took out the eventful 21.7-kilometre stage thanks to Svein Tuft’s triumph in Belfast.

BMC managed to steer clear of any severe damage as their Australian rider led the team ahead of rivals Nairo Quintana (Movistar) and Joaquim Rodriguez (Katusha) in the Northern Ireland capital.

“For the general classification, I think our result is quite promising,” said Cadel, who topped the points classification at the event in 2010.

“We have already made some time gains to some of the favourites and that is really favourable for the overall”.

At the conclusion of stage three, Cadel is 14th on GC, 21 seconds behind countryman Michael Matthews , but well placed in the context of securing a podium finish when the race finishes in Trieste on June 1.

“Overall, I am happy to get through Ireland without any big problems,” Evans said. “We lost a couple seconds in the final in the past two days, which is a little bit unusual. But the way the finishes were, it made it a little bit difficult to be safe and be in front. But that’s the way it goes.”

BMC president and general manager Jim Ochowicz rode in the team car during the three stages and was pleased by what he saw.

“We had a good team time trial and Cadel is in a reasonably good position coming out of here time-wise, with the other general classification riders,” Ochowicz said.

“The other two stages here were really going to be sprinter stages and we knew that. It was about safety and coming out of here whole and we were able to do that. So we’ve met our goals in Ireland. Now we’ll see how it goes in Italy.”