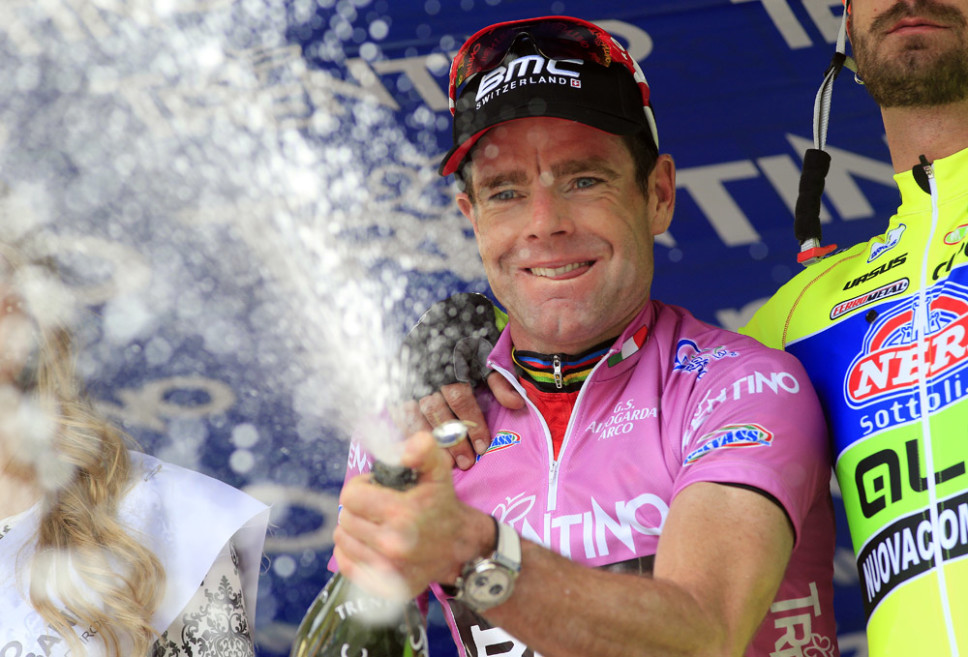 After claiming second in the Tour Down Under and the Australian National Road Race earlier this year, Cadel finds himself on top of the podium at the conclusion of the Giro del Trentino.

Featuring the usual combination of time trial and difficult mountain stages, the race traditionally serves as a preparatory race for the Giro d’Italia.

The organisers saved the best for last, with the final stage finishing atop the Monte Bondone, a 21.5km climb with a 6% average gradient and sections of 9%. Cadel was expected to be attacked by riders seeking to dislodge him from the race lead, but none of his rivals were strong enough to separate themselves in the peloton.

He will not contest the Tour de France this year, opting to instead focus on the Giro, which begins in Northern Ireland on May 9.

“I’m happy to give it everything for the Giro d’Italia for now.”

“I might be sad when I have to watch the Tour on television but for ten years my whole life rotated around the Tour de France.”

“To win the Tour, you need the support of everyone … yourself, the team, the sponsors and everyone behind you. If you don’t have that, it’s almost a waste of time doing it.”

“The team decided that I wasn’t doing the Tour and that I should focus on the Giro. I didn’t have a lot of choice but I accepted it and realised that it was a weight off my shoulders.”

“Ten years is a long time and fortunately I managed to win one Tour, so I have to be satisfied with that.