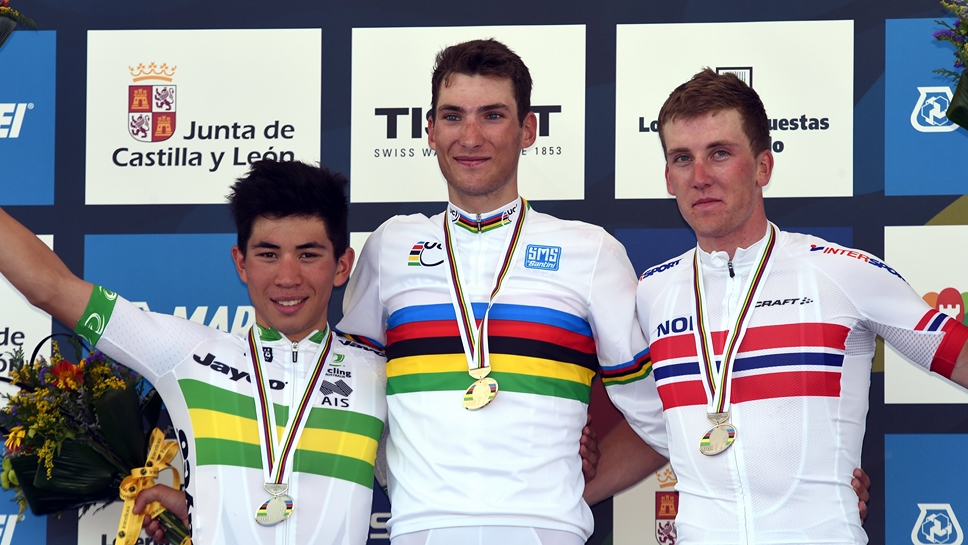 The Australian team rode brilliantly all day for Caleb, but in the end had to settle for silver in the men’s under-23 road race at the world cycling championships in Spain.

The Australian squad controlled much of the 182km race around the north-western city of Ponferrada before Norway’s Sven Erik Bystrom took the win on the final climb.

“Obviously going into a big race like this there’s one plan and one medal that you really want and that’s the gold,” said Caleb.

“The team rode 100 per cent for me from the get-go and I’m so proud of how they rode and I’m a bit disappointed that I couldn’t pull it off.”

“At the end of the day the guys did all that they could during the race and we were down to only two guys at the end.”

“The boys rode really good tempo for me, they made the race suit me even though the course didn’t.”

Caleb came an impressive fourth in 2013 on a much hillier Florence course.

He had his first race with Orica-GreenEDGE in August and will join the Australian professional outfit full-time in 2015.

That means he won’t be able to ride at the U23 level again.