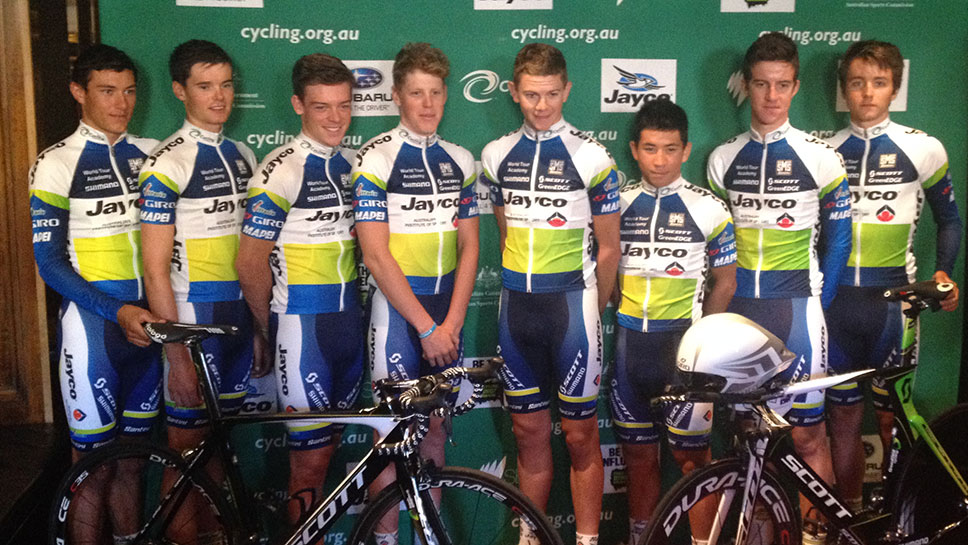 On Monday Cycling Australia (CA), the Australian Institute of Sport (AIS) and JAYCO announced the nine riders who will form the Jayco-AIS World Tour Academy Team in 2014.

Looking to lead by example will be pocket rocket Caleb Ewan (NSW) who finished fourth in the under 23 men’s road race at the UCI Road World Championships last September, and claimed the U23 road race and criterium national titles in January. Bradley Linfield (WA) who finished third in the same race, and won the previous year, will also join Ewan in the squad.

The 2014 Jayco-AIS World Tour Academy Team provides a pathway for Australia’s most talented Under 23 riders into the World Championship, Olympic and Commonwealth Games and professional ranks.