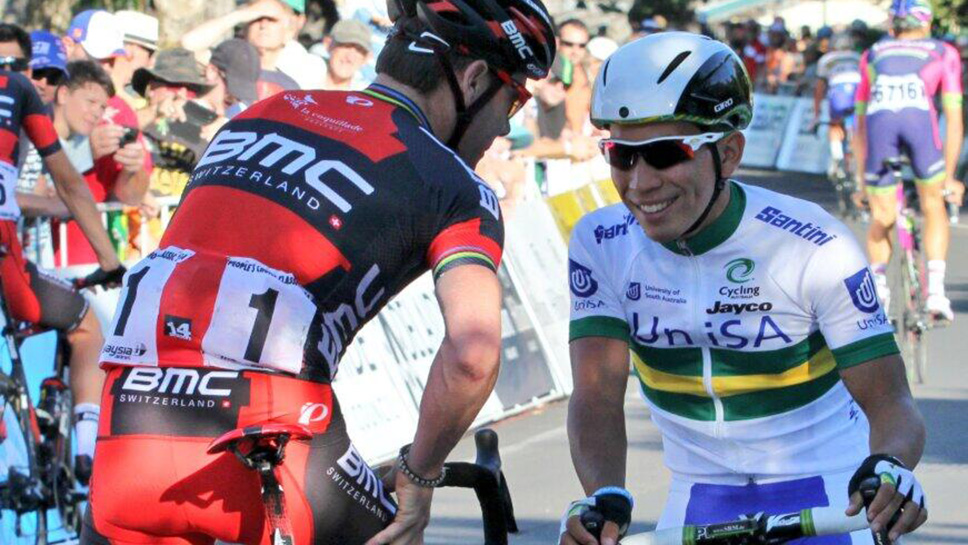 Congratulations to Caleb Ewan on signing his first professional cycling contract with the Australian based Orica-GreenEDGE team. Widely regarded as the biggest talent in the U23 ranks, Caleb will step up to the WorldTour via Jayco-AIS World Tour Academy squad in October 2014.

“I decided I wanted to stay in the U23 team for part of 2014 and ease into the transition a bit more,” said Ewan. “If I went pro next year, it could be too early in terms of development. GreenEDGE has given me a clear path that outlines several smaller steps rather than one big one. When I do turn pro, I’ll be ready.”

Orica-GreenEDGE General Manager Shayne Bannan said “we identified Caleb as an extremely talented rider as evidenced by his results. We’re excited to be part of his development and growth. His success to date indicates that he’s one of the classiest riders in the next generation of cyclists.”

“We obviously have close ties with Jayco-AIS,” Bannan continued. “We’ve agreed to have Caleb stay with that team in 2014. He’ll be on pre-contract with ORICA-GreenEDGE as of January 1 2014. He’ll have at least two full years of racing with us, so his contract runs through the end of the 2016 season.”

Caleb, shown above talking with Cadel Evans (prior to the street criterium of the Tour Down Under in which he finished 3rd) certainly excelled in his first year in U23 ranks in 2013 scoring eight victories in Europe and capped off his impressive year with a fourth place finish in Florence in the road race at the U23 Road World Championships.