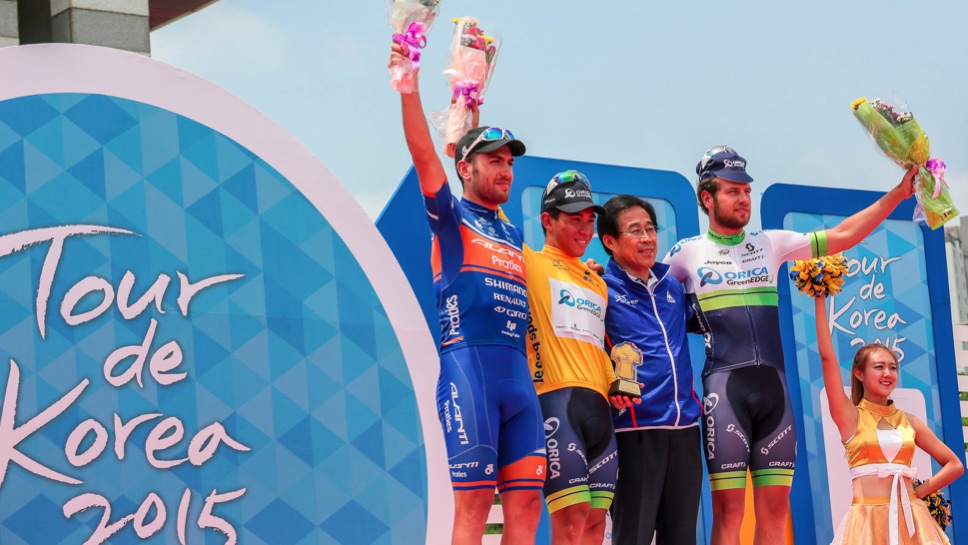 Congratulations to Signature Sport talent Caleb Ewan on winning the Tour de Korea, his first ever stage race victory as a professional.

After a nasty crash on stage one, it was great to see Caleb bounce back and win not one, but four stages at the UCI 2.1 event! Caleb claimed general classification honours by just four seconds to Patrick Bevin (Avanti Racing) and secured the young rider and points classifications.

What a fantastic achievement for Caleb in his first year as a professional.

It was an extra special win with Caleb’s mum Kassandra and dad Mark making a surprise visit to be there to celebrate with him.

“The goal coming into the week was to get a stage win and we got four, plus the sprint, young rider and general classification,” Caleb said post race. “It’s been a massive bonus.

“I’ve been so impressed with the guys and how they rode. They were incredible all week and backed me 100%.”

Caleb is now looking forward to a well earned break before the second half of the season ramps up.

Really happy to take out the yellow jersey at the #TDK2015! Massive thanks to my @ORICA_GreenEDGE teammates & staff!

Also want to say thanks to the Korean supporters at the race! It’s always nice racing in front of a passionate crowd! #TDK2015
— Caleb Ewan (@CalebEwan) June 15, 2015