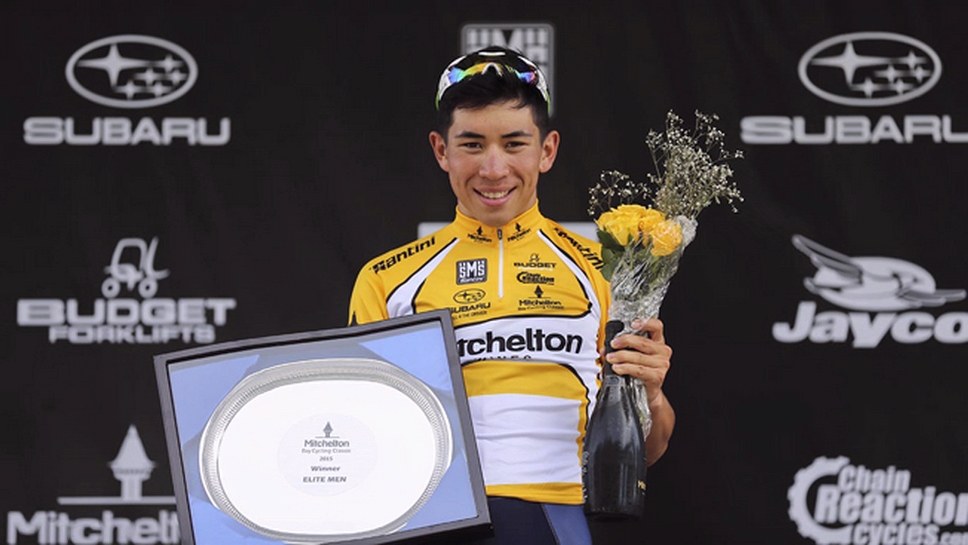 Caleb  has won his second overall title at the Mitchelton Bay Cycling Classic.

The 20-year-old became the youngest ever winner of the criterium series in 2013 and wrapped up the 2015 edition with a comfortable 17 point advantage to Greg Henderson (NZ National Team) in second.

After claiming stage victories on the first three days of racing, Caleb had to settle with winning the bunch sprint for sixth position on the final day after a breakaway of five riders proved too strong to shut down on the technical Williamstown course.

Teammate Michael Hepburn, who represented the ORICA-GreenEDGE outfit in the break, went on to finish the stage in second behind a fast finishing Henderson.

“I was lucky to have such a strong team here,” Caleb said.

“It feels just as good (as his first series victory) and also to win as a pro.  Coming here as a pro you have a bit more pressure on you to perform but coming here before it was a great achievement just to beat the pros.

“It would have been nice to get (the four from four stages) but at the end of the day it didn’t really matter. It was good to be able to let Heppy (Hepburn) go and race for himself instead of just riding on the front for me.”