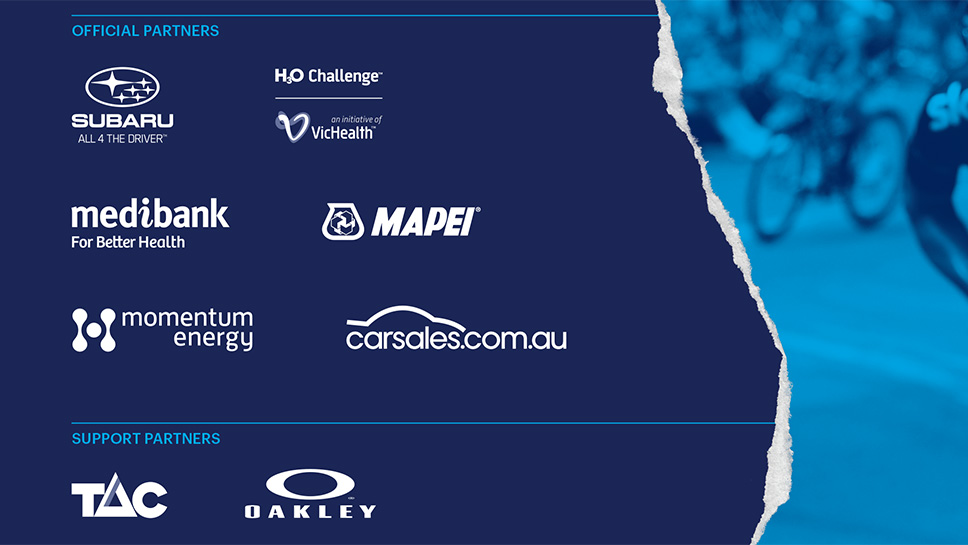 Six official event partners will support the inaugural Cadel Evans Great Ocean Road Race when it arrives in Geelong at the end of the month.

Medibank, Mapei and Carsales join VicHealth’s H30 Challenge and People’s Ride sponsor Momentum Energy as official partners of the event. Subaru will be the official vehicle and King of the Mountain partner with support partners TAC and Oakley also confirming their commitment for the February 1 event.

Medibank will be bringing their #GenBetter campaign to the startling with activations running all weekend throughout the event. Official hydration partner H30 Challenge, a VicHealth initiative, will be supplying water and drink stations for the 3,500 plus elite and amateur cyclists taking part in the events across the weekend.

“This event has been years in the making and it is thanks to all of the sponsors that this four-year dream is becoming a reality,” Evans said ahead of the Race.

“In only its first year, the level of support has been overwhelming, and this is a sure sign that we can safely look forward to many more years of the Race taking place.”

Channel 7, the Herald Sun and 774 ABC Melbourne have secured media partnership rights for the event, with Channel 7 broadcasting live on February 1 from 11am.

Council partners include the City of Melbourne, City of Greater Geelong and The Surf Coast Shire.