News / Pink is the new Yellow 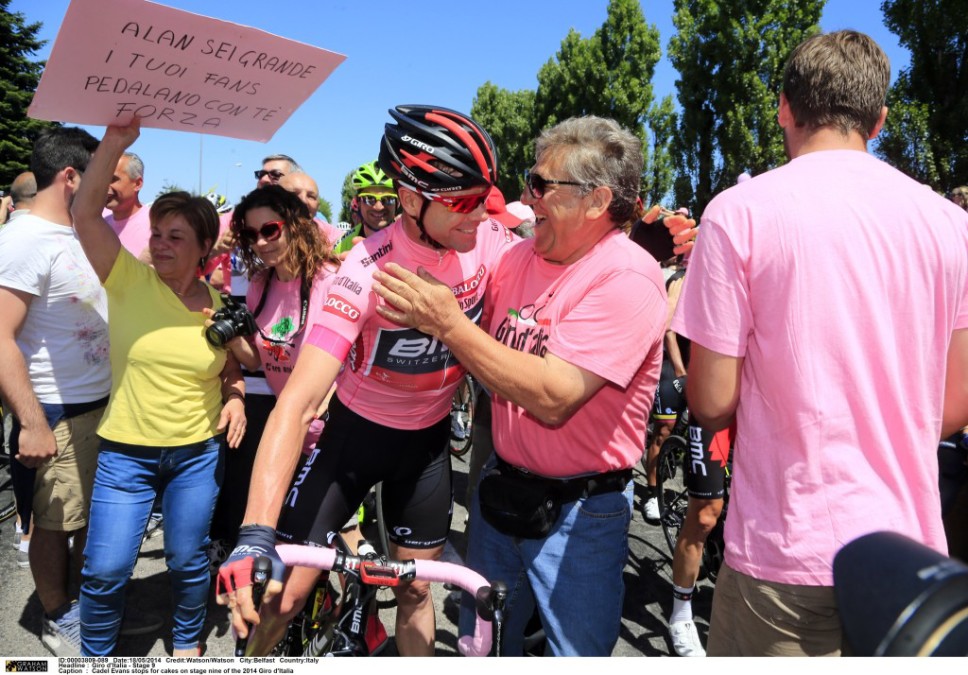 The European summer provides the fantastic spectacle of grand tour cycling. Meaning it’s that time of the year again where Aussies rally behind Cadel, commit to late nights and an abundance of coffee becomes essential.

As the Giro enters its second rest day, Cadel has once again found his way at the top of the general classification. Although the all too familiar face of immense pain was not absent as he took the pink jersey from fellow Australian Michael Matthews, on stage eight, from Foligno to Montecopiolo.

“The stage went just as we had hoped even if we were a little tired from the previous days,” said Cadel.

The 46.4 kilometre Time-Trial, from Barbresco to Barolo on Thursday, offers a fourth category climb for Cadel to try and give himself a buffer from his competitors. “The Barolo time-trial is certainly a place where i’d like to take time, but I’ll just do the best time trial I can and then look at the results afterwards,” said Cadel.

“I hope that a course suited to me should be to my advantage.”

You can cheer on Cadel and watch the race live from 11:00pm on SBS, or stream it live at sbs.com.au/cyclingcentral