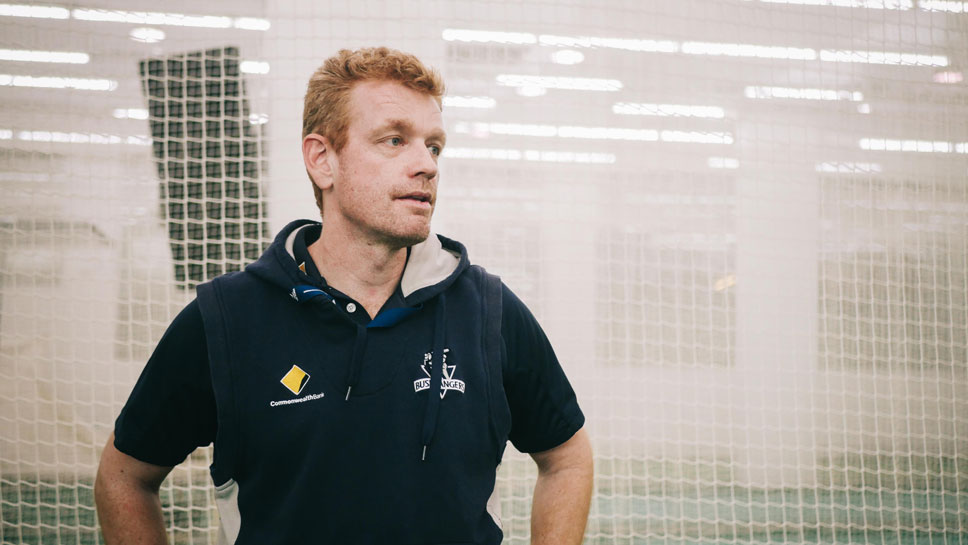 Victorian players achieve great things under the mentorship of a savvy cricket technician.

With the Victorian Bushrangers topping the JLT Sheffield Shield standings this month, coach Andrew McDonald is hopeful of leading the side to its fourth-straight shield title.

The rising star in cricket coaching ranks, also had five of his Victorian players named in the initial Australian Test squad earlier this month.

There’s no doubt, the Signature Sport talent is asserting himself as one of the country’s most effective cricket coaches – capable of shaping the next generation of international players.

The 37-year-old is renowned for being an expert people manager, forming tight relationships with his players. And, while the man affectionately known as ‘Ronnie’ in cricket circles for his red hair and McDonald surname has a great sense of humour, he is also a tough task master, expecting – and getting – the best from his cricketers.

While Andrew’s playing career was highlighted with a ‘Player of the Year’ award in 2006-07, when he became only the fifth player ever to score 750 runs and take 25 wickets, it’s been his coaching ability that has attracted national attention.

Andrew’s coaching began with an apprenticeship at Leicestershire, where he became a County Coach in late 2014.

Andrew then returned to Australia to take charge of the Bushrangers in 2016. He became the first Victorian to both play in and coach a Sheffield Shield title when he led the team to victory over South Australia in Alice Springs.

“The Bushrangers have a great blend of experience within the playing group and throughout our youth system along with coaches that understand the effort and commitment required to achieve success at the highest level,” Andrew said.

“There is a lot of hard work ahead, team and individual results take time and enormous effort, but it’s a challenge I’m looking forward to.”

At the same time, Andrew assumed the reigns of the Melbourne Renegades in the Big Bash League – taking them to their first ever finals series in 2017-18.

We look forward to following the modern-day cricket coach’s success this season and beyond!