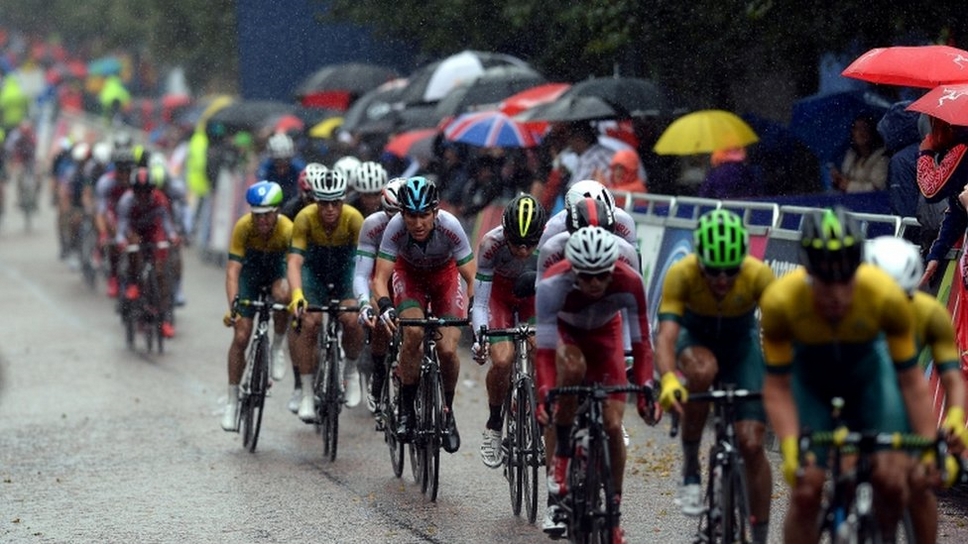 In an amazing war of attrition held in extremely difficult conditions over four hours, only 12 of the 140 starters finished the 168km race around Glasgow Green.

The remainder either crashed or abandoned when their day was done in typical Scottish conditions.

Mark Renshaw finished in fifth while Caleb; making his debut, was the only other Aussie from a team of six to finish.

“With the conditions and a tough race and we had everyone watching us and did most of the chasing through the day. It’s cycling — you have some good days and not so good days.” Said Caleb

“The course is pretty hard as it is and the weather made it that much harder,” he said.

Caleb bravely tried to make it across to the leading three in the closing stages but fell short.

“It was sort of then or never and I had to go full gas (to get across) and unluckily I didn’t get there in the end and blew up pretty big after that.”

“My first Commonwealth Games and I wanted to finish.”

Caleb will debut with professional team Orica-GreenEDGE and race in Ride London next week. For a preview on the race visit: prudentialridelondon.co.uk