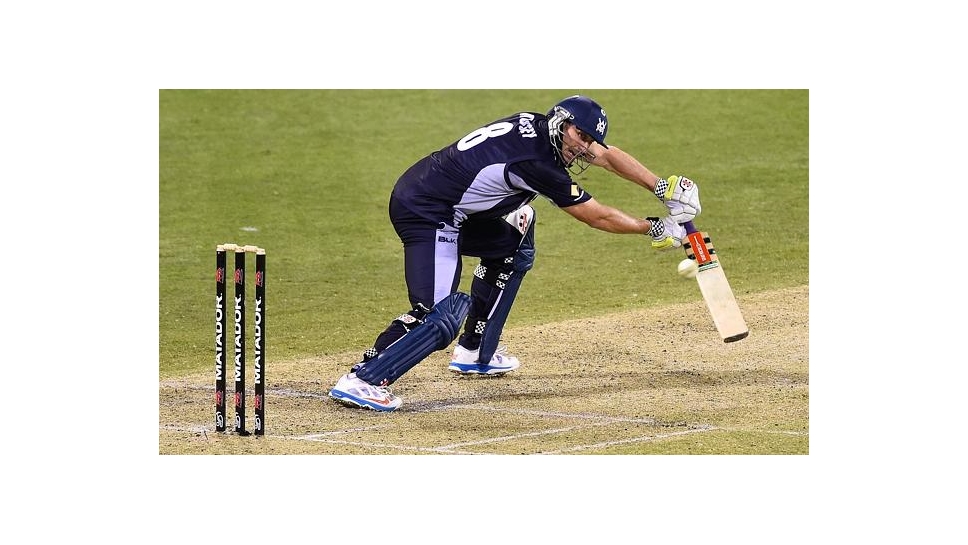 Assistant coach David Hussey and Cameron White combined to turn around Victoria’s one-day batting woes for a successful run-chase of 300 against South Australia on Monday night.

Defending 8-299 in good batting conditions, the Redbacks looked down and out with Cameron and David (65 off 41) in full flight during a 91-run fourth-wicket stand.

But when the veteran (David), in his first season as an assistant to coach Greg Shipperd, hit a return catch to Gary Putland with 10 overs left, South Australia roared back into the contest.

It took a hard-hitting cameo by burly all-rounder John Hastings, who hit a quick-fire 23 not out after they needed 36 from the last five overs.

Despite the tense end, the Vics’ batting display was in stark contrast to their season-opener on Saturday when routed for 111 by Queensland.

Hastings had also shone with the ball, taking 3-37 from his 10 overs as the Redbacks’ middle-order punished wayward late bowling.