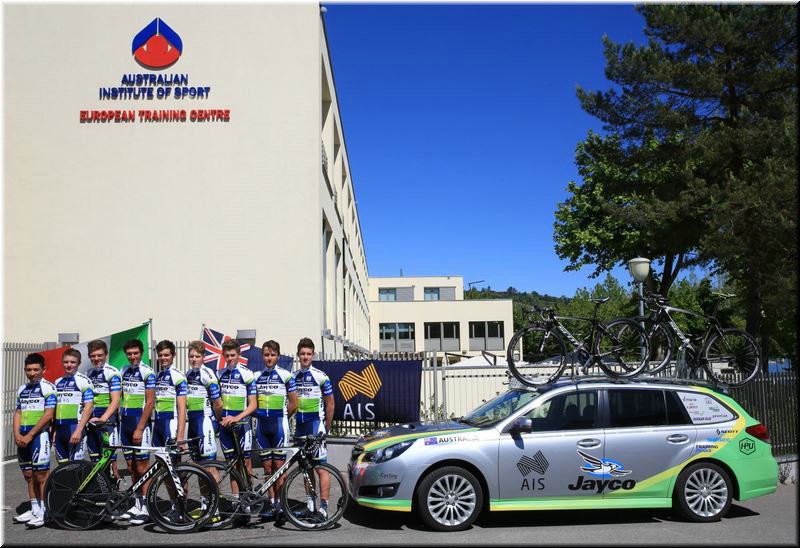 After crashing out of the tour of flanders, Caleb Ewan turns his attention to the Olympia’s tour.

“So what’s next for me?” Caleb asks, “All my training after the Tour Down Under was focused on the three classics we U23s have — the Tour of Flanders, La Cote Picardie (which I won last year) and Liege-Bastogne-Liege. After my crash at Flanders I missed the other two which was frustrating”.

Caleb was lucky to escape with minimal injuries. “I  got a pretty big gash on my ankle — I’m not sure if it was from another rider’s bike, my own bike or something else. But I was lucky to not be more seriously injured. I went to hospital and got a bunch of stitches but was out of there in a few hours”.

His next race will be the Olympia’s Tour in the Netherlands which starts on May 12. Between now and then he’ll be training around Varese, trying to build up as much form as he can. “Hopefully I haven’t lost too much (form) over the past week.”

The Olympia’s tour will be Caleb’s first race in 4 weeks. “I had about 8 days completely off after my crash and couldn’t get back into proper training for about 2 weeks”, he proclaims.

The past two weeks have been pretty intense with lots of efforts and long rides to get some form back. There’s also a team team time-trial in olympia so Caleb’s team Jayco have been training a bit for that.

“The team here at Olympia is a mix of some track endurance guys and 3 road guys and everyones getting along well which is key to doing a good team time-trial.”

“If I came here in good form then my goal would’ve been to go for GC,” said Caleb

“I’m not sure how my form is so the main thing is that I get through this tour. Any results will be a big bonus but finishing is my main goal.”

One reason why he wanted to race in the Olympia’s tour was to learn more about riding in the cross winds so he is hopeful he can come out of it smarter in that sense.